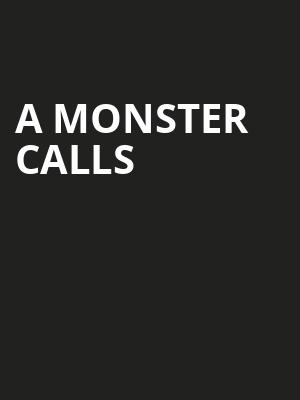 Bring tissues, lots of tissues...bring the kids, the parents, your friends and neighbours. This strange, soaring yet miraculously unsentimental adaptation

Why See A Monster Calls?

Upon its release in 2011 Ness' A Monster Calls became an instant bestseller. A perfect story for both children and adults, A Monster Calls received both the Carnegie and Greenway Medals for outstanding Children's literature and illustration.

With a stage adaptation that is sure to mirror the novel's success, don't miss your chance to see A Monster Calls in Washington!

What is A Moster Calls about?

Thirteen-year-old Connor and his mum have been just fine since Connor's father moved to America, but now his mum is ill and isn't getting any better. Throw in some over-bearing Grandparents and some bullish school kids and Connor feels all alone - until he meets the monster of course.

At exactly seven minutes past midnight. Connor is awoken by something at his window. A monster has come walking. The Monster has come to tell Connor tales of the walks he's taken before but at the end of his stories Connor must tell the Monster a tale of his own and face his deepest fears.

Seen A Monster Calls? Loved it? Hated it?

Sound good to you? Share this page on social media and let your friends know about A Monster Calls at Eisenhower Theater.