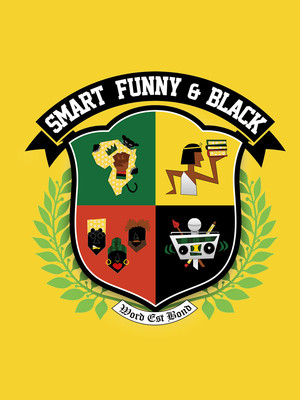 Taking on the gargantuan task to educate, elevate and empower attendees, Seales' brilliance makes us laugh and inspires us to keep seeking change.

Amanda Seales Is A Woman On A Mission

Multi-talented African American comedian, writer, DJ and radio personality Amanda Seales is fed up with the media  placing African Americans in a bad light, rampant cultural appropriation and lack of knowledge out there about her ancestor's rich heritage. The inspiring star of smash hit HBO comedy show 'Insecure' is set to address these imbalances and more when she brings her unique game show/stand up routine Smart Funny and Black to Washington's Kennedy Center Concert Hall.

Armed with a whip-smart sense of humour, a Colombia masters degree in African American Studies and an adventurous spirit, Seales invites a hosts of special guests on stage to her 'Hall of Flava' to test their knowledge in a battle of wits all about the black experience, pop culture, politics and current events. Interspersed with insightful monologues, hilarious games like Blebates (black debates), Black Facts and The Final Blackstination bring gut-busting laughs whilst educating and giving a platform for black issues today.

Sound good to you? Share this page on social media and let your friends know about Smart Funny and Black - Hip Hop Culture Edition at Kennedy Center Concert Hall.