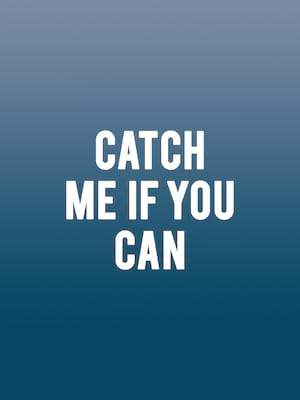 Catch Me If You Can

Why See Catch Me If You Can?

Perhaps best known for his stint on the all-singing, all-dancing High School Musical movies, Bleu has most recently trod the Broadway boards in Godspell, In The Heights and Kiss Me, Kate. Bleu portrays iconic con man Frank Abagnale Jr, the master of confidence scams who begins his crimes as a Pan Am air pilot, forging payroll checks. Soon his forgeries are worth millions of dollars and the FBI catches wind, leading to a historic game of cat and mouse.

Seen Catch Me If You Can? Loved it? Hated it?

Sound good to you? Share this page on social media and let your friends know about Catch Me If You Can at Arena Stage.