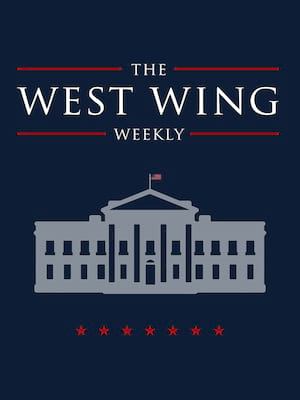 "The West Wing Weekly" is not your typical pop-culture podcast.

With three Golden Globes and 26 Emmy Awards amongst its accolades, political TV drama West Wing defined the politics of the early 2000s for many a viewer and is credited as one of the finest television shows ever made. Celebrating that legacy in the form of a podcast, West Wing star Joshua Malina and Song Exploder's Hrishikesh Hirway explore the cult hit in a weekly episode-by-episode break down and discussion, not only appealing to old fans but winning new ones with their in-depth analyses.

Now the dynamic duo are hitting the road and bringing their digital show to the stage for their first ever live tour. It's the perfect chance for listeners to be apart of the discussion, which in the past has featured very special guests, actors Martin Sheen, Rob Low, Dule Hill and series creator Aaron Sorkin, as well as various political pundits, past government officials and erudite academics.

Sound good to you? Share this page on social media and let your friends know about West Wing Weekly Live at Warner Theater.