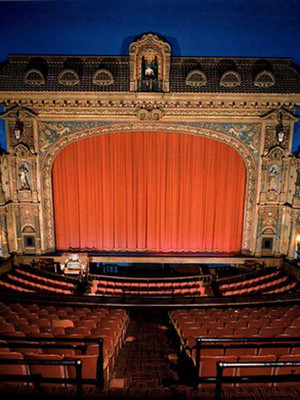 You can catch Cheap Trick at State Theatre in Kalamazoo, showing Nov 5, 2022

Cheap Trick is also touring to:

Legendary hit-makers are on tour (as always)

The legendary rockers Cheap Trick never seem to be off the road, so it shouldn't be a surprise to see them lined up for a series of North American shows this year. The band have now been together for some 40 years, during which they've more or less defined the 'pop rock' genre. Tracks like Surrender and I Want You to Want Me showcase their enviable skill at marrying earworm, bouncy melodies with hard rock riffage.

While their career may have started with disappointing sales in their native US (but massive success in Japan, for some reason), they're now respected elder statesmen of American rock, with everyone from Kurt Cobain to Guns 'n' Roses citing the group's influence. Billy Corgan's love of the band led to them opening for Smashing Pumpkins several times at the height of their mid-90s fame.

Sound good to you? Share this page on social media and let your friends know about Cheap Trick at Warner Theater.