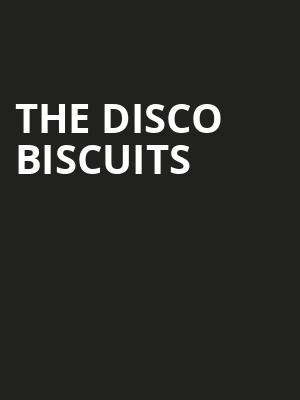 There were jazzy interactions that sprinted or teased at introspection; funk-riff layerings that were partly planned, partly spontaneous; passages that toyed with Minimalism and jazz-rock dissonance but zoomed along.

Why See The Disco Biscuits?

Bands don't come jammier than The Disco Biscuits, a trance fusion jam band explosion that burst out of Pennsylvania in 1995 with an exciting sound that combines the spontaneity of live performance and improv with electronica and rock. No two shows are ever musically alike yet all feature a mesmerising light and video display that perfectly punctuates the sonic wizardry taking place on stage.

The innovative outfit's distinct blend of genres and dedication to live performance and touring has garnered them a cult following. fans know that the band's songs are tailored to a spectacular live show - this is their highest priority, songs are written for the stage and only then recorded. Don't miss out on a band in their prime!

Sound good to you? Share this page on social media and let your friends know about The Disco Biscuits at The Anthem.