Sorry! You missed The King's Speech at National Theater 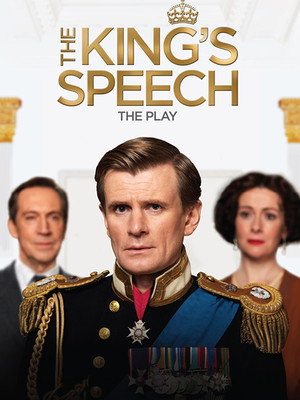 Why See The King's Speech?

In times of war, it often falls to the leaders of the civilised world to bolster the nation with words of strength, hope and optimism. No story reflects this greater than The King's Speech, an Academy Award-winning feature film and subsequent play based on the very real events surrounding King George VI, his struggles with a speech impediment and a rather unorthodox solution in the form of the outlandish Australian speech therapist Lionel Logue.

Written by American-British playwright David Siedler, who adapted both the 20120 screenplay and 2012 stage iteration, the production receives a DC debut as part of the National Theatre's 2019/20 Broadway Season, bringing a whirlwind of British gumption, fascinating history and nostalgic drama to the stage.

What is The King's Speech About?

Set during the chaos of World War II, The King's Speech chronicles the personal battle waged behind the walls of Buckingham Palace by King George, affectionately referred to as Bertie by his nearest and dearest. Cursed with a stammer from a young age, the King must be seen to be a strong and supportive sovereign, an antidote to the cruelty of Hitler and his campaign against the allies, but does not a possess the oratory skills necessary to boost the flagging morale of his subjects. Enter Lionel Logue, a tough and no nonsense speech therapist with some unusual methods. Together, this unlikely duo prove that any obstacle may be overcome and deliver one of the greatest wartime speeches ever to grace the radio waves.

Seen The King's Speech? Loved it? Hated it?

Sound good to you? Share this page on social media and let your friends know about The King's Speech at National Theater.