Sorry! You missed Chicago - The Musical at National Theater 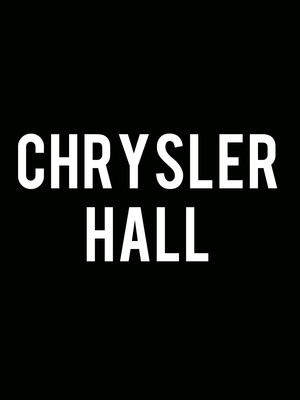 You can catch Chicago - The Musical at Chrysler Hall in Norfolk, showing May 6, 2023

Chicago - The Musical is also touring to:

Why See Chicago - The Musical?

Start the car, We know a whoopee spot!

A Broadway phenomenon since its inception in 1975, Chicago puts the BAD in, well bad-ass dames. A scorching musical satire on celebrity and crime, Chicago is a fearless portrayal of the pursuit of infamy that rings true in any decade. Set in 1920s Chicago, the tale focuses on two women both accused of murdering their lovers, and their insidious journey to freedom, justice be damned. The world's longest musical revival is currently on a hugely successful North American tour, so break out the fish-nets, tap shoes and practice your jazz hands!

The name on everybody's lips is gonna be....?

Velma Kelly is a glamorous cabaret performer awaiting trial for the murder of her philandering husband and twin sister in Cook County Jail. Having grown used to her infamy and celebrity status as the 'wronged woman' she is furious when she finds herself upstaged by a seemingly innocent ingenue, chorus girl Roxie Hart, a firstly timid but later ambitious go-getter who threatens Velma's carefully cultivated limelight. With an equally ambitious and money-minded lawyer, Billy Flynn, the two women embark on a cold war of sorts, upstaging each other to reclaim the public's love, and to escape the hangman's noose.

This starts a battle over the charismatic Flynn's attentions, which Velma and Roxie must compete to get themselves off death row and onto the stage where they believe their infamy will draw in the crowds. Throw into the mix a corrupt prison warden called Mama Morton, who accepts money in exchange for privileges, and the action behind bars heats up whilst their fellow prisoners are left to fend for themselves at the mercy of the public defenders. Will they both escape the executioner? Or will their bickering prevail in sending them both to the gallows instead of the vaudeville stage?

The truth behind the legend

As outrageous as the story appears, it was in fact inspired by the 1926 play of the same name, and based on the records of court reporter Maurine Dallas Watkins of the high-profile trials of murderesses Beulah Annan and Belva Gareter for the Chicago Tribune. The state's press and public were immediately enamoured of the sensationalist reporting, making the women into celebrities overnight and changing attitudes whilst the Jazz Age freed women from previous societal bounds.

Chicago may be inappropriate for children aged 12 and under. Children under 4 years of age will not be admitted.

THE NEW YORK DRAMA CRITICS CIRCLE AWARD
A special award to the cast and creative team of CHICAGO for distinguished contribution to the Broadway season.

Sonny Bozeman: “I LOVE IT!”

This version of "Chicago" is one of the best productions of all. How could... more

Sound good to you? Share this page on social media and let your friends know about Chicago - The Musical at National Theater.