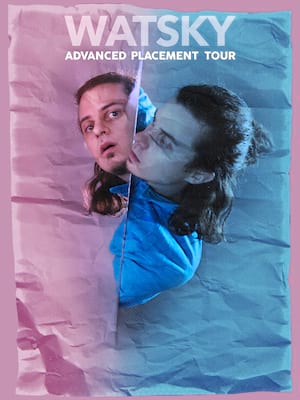 COMPLAINT contains all the magic that Watsky fans have come to love - whip-smart lyricism, acrobatic rapping, and a bent for balancing intellect and poignance with whimsy and wit

Multi-talented rapper, author and slam poet George Watsky represents the new school of hip hop, first coming to international attention when he won the Youth Speaks Grand Slam Poetry Competition in 2006, going on to ride the wave of a huge internet and social media following after his self-penned and self-produced video for 'Pale Kid Raps Fast' went viral in 2012. His already blossoming career was further bolstered by his work and appearances on popular YouTube web series Epic Rap Battles of History, paving the way for solo stardom when he dropped his breakthrough sophomore album Cardboard Castles in 2013.

Seen Watsky? Loved it? Hated it?

Sound good to you? Share this page on social media and let your friends know about Watsky at The Fillmore Silver Spring.