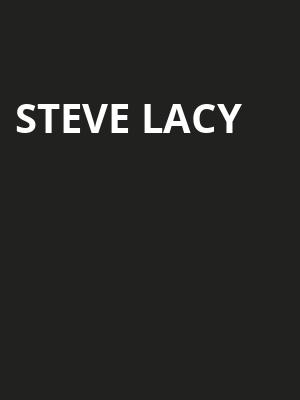 Steve Lacy's brief-yet-meteoric career path has all the makings of a legend.

Steve Lacy is best known for being a member of the soulful, Grammy-nominated R&B band The Internet. He released his debut album 'Steve 'Apollo XXI' in 2019 with a nationwide tour that showcases the artist's first steps into solo stardom. Now he's back at it, with new music and a brand new tour for 2022!

The artist, whose first taste of making music came from playing video game Guitar Hero, went on to receive the 2018 Grammy for his songwriting and production work on Kendrick Lamar's DAMN. His highly anticipated debut album was described as being "centered on the interior self, but it's not self-centered" by Pitchfork and a project that "balances wistful musical throwbacks with authentic lyricism and attitude" by NME.

Sound good to you? Share this page on social media and let your friends know about Steve Lacy at The Fillmore Silver Spring.