Sorry! You missed Flosstradamus at Echostage 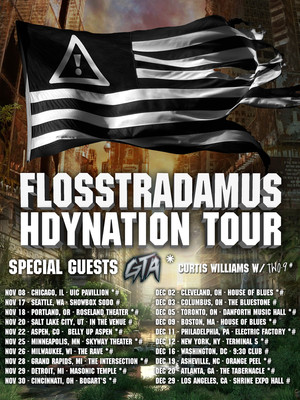 Shaking up the Underground Scene

Flosstradamus consists of Chicago-based DJs J2K (Josh Young) and Autobot (Curt Cameruci). Armed with new material and a much-hyped stage show, these Chicago boys are back with a vengeance! Since the duo's inception, they have spent 10 years breaking new sounds around the globe and becoming Kings of the Club Scene in the process.

They have flair for flipping the public's favorite tracks in new and surprising ways, reinventing party-rocking in the process. Throughout their career they've produced and remixed everyone from Iggy Azaelia to Major Lazer. Whether it's a small show in a sweaty night club or a festival slot in front of thousands, Flosstradamus always brings a sense of fun to every performance.

Sound good to you? Share this page on social media and let your friends know about Flosstradamus at Echostage.