You can catch Dionne Warwick at Gila River Casinos in Phoenix, showing Apr 10, 2020

Dionne Warwick is also touring to: 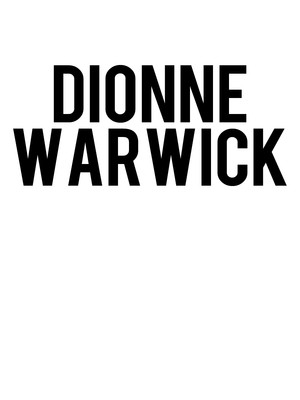 One of the greatest pop singers of the 20th Century

One of the greatest singers of 20th Century, Dionne Warwick had a string of huge hit singles throughout the 1960s, and was the singer of choice for songwriting giants Burt Bacharach and Hal David. While many other American artists found themselves sidelined by the British invasion, Warwick continued to see success with iconic tracks like 'Walk on By', 'Alfie', 'I Say a Little Prayer for You', 'Do You Know the Way to Jan Jose' and 'This Girl's in Love with You'.

Following her heyday, Dionne's continued working tirelessly, collaborating with many of modern soul's biggest names including Ne-Yo and Gladys Knight. Don't miss the opportunity to spend An Evening With Ms. Dionne Warwick!

Sound good to you? Share this page on social media and let your friends know about Dionne Warwick at DAR Constitution Hall.