Sorry! You missed Jonas Brothers at Capital One Arena 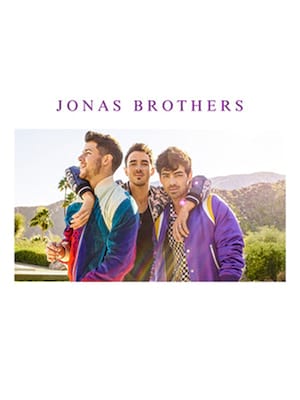 The Jonas Brothers are and better than ever!

the brothers take on las vegas!

The Jonas Brothers are officially back and better than ever! After the wildly successful release of their comeback album, "Happiness Begins", (their first in ten years), the trio have now landed their first ever Las Vegas residency! The brothers will set up camp at the Park Theater for nine nights this spring.

First rising to super-stardom in the early naughties the Jonas Brothers began their career as regular features on the Disney Channel. When they starred in the conglomerate's TV musical Camp Rock (the movie that also launched Demi Lovato), the boys were shot into the stratosphere! Loved all over the world for their infectious happy tunes, catchy melodies and innocence the trio released four albums in the space of four years.

After a long hiatus (ten years!) the band surprised fans with the announcement of their return and brand new music! The Jonas Brothers released Sucker For You (with the video featuring Joe and Nick's significant others, Sophie Turner and Priyanka Chopra), reinstating their claim as the princes of pop!

Anne T: “Music was great but the flow/stage design was poor”

Loved the Joe Bros and Bebe! However, the set was really awful. They had... more

Out of all concerts I have attended. This has been disappointing. I brought... more

Sound good to you? Share this page on social media and let your friends know about Jonas Brothers at Capital One Arena.