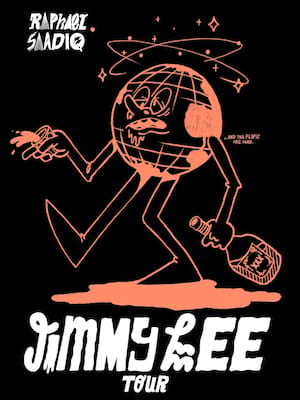 He's the Grammy-winning all-rounder whose addictive guitar licks, intoxicating melodies and atmospherically rich soundscapes have played a part in many of your favourite artists' most celebrated records.

Soul and R&B artist Raphael Saadiq first rose to fame as part of '90s group Tony! Toni! Ton! The artist began his solo career in the mid '90s and had one of his biggest hits 'Ask of You' in 1995 which ended up peaking at number 19 in the Billboard Hot 100. Saadiq has also produced songs for big stars including Mary J. Blige, Whitney Houston, Solange Knowles and John Legend. His tour celebrates his latest album 'Jimmy Lee.'

Jimmy Lee was released in August of this year and named after the singer's late brother who tragically died from a drug overdose in 1998. The album has been labeled "a multi-perspective, multi-genre examination of addiction and family breakdown that pushes Saadiq to his most humanizing work yet" by Pitchfork and "an uplifting and universal take for anyone who's experienced life with a troubled loved one" by Variety.

Sound good to you? Share this page on social media and let your friends know about Raphael Saadiq at 9:30 Club.