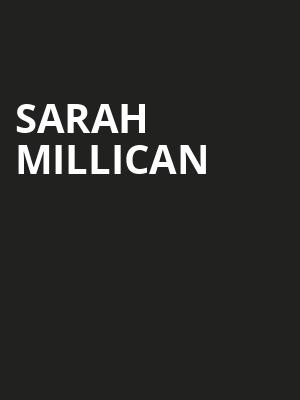 Since winning Best Newcomer Award for her debut solo show Sarah Millican's Not Nice at the Edinburgh Fringe Festival, Sarah quickly became a household name. Now, on her sixth international tour, Bobby Dazzler, you'll learn all things from smear tests, throwing poo over a wall, flotations tanks and how to lose weight off the tip of your finger. She really covers all avenues of life. Make sure you bring tissues, because you're going to laughing until you cry.

Following her win, Millican has hosted her own series 'The Sarah Millican Television Series' which went on to receive two BAFTA nominations and led to her becoming a familiar face on prime-time British television. In 2017 she released her first book, How To Be Champion and launched a podcast.

Sound good to you? Share this page on social media and let your friends know about Sarah Millican at Warner Theater.