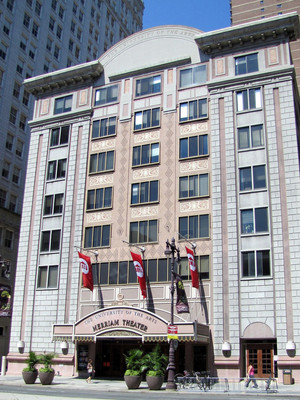 You can catch Nimesh Patel at Merriam Theater in Philadelphia, showing Mar 10, 2023

Nimesh Patel is also touring to:

Touring across the states this summer!

Hot on the heels of his newest comedy special 'Thank You China' Emmy-nominated comedian and tv writer Nimesh Patel is taking to the road on an extensive series of dates this year. The son of Indian immigrants, Patel made history in 2017, becoming the first Indian writer on comedy behemoth Saturday Night Live.

Counting Larry David, Chris Rock, and Patrice O'Neal amongst his influences, it's safe to say that Patel isn't afraid of tackling controversial topics, calling out the oppressive system of Colonialism and anti-Asain rhetoric. Don't miss this rising star as he brings his set to a stage near you this year.

Sound good to you? Share this page on social media and let your friends know about Nimesh Patel at Warner Theater.