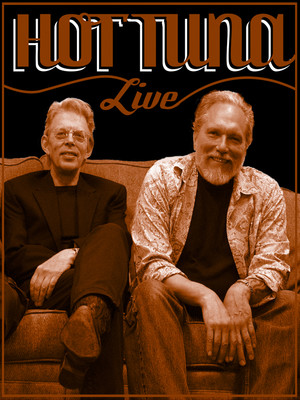 A cult-classic of the 70's jam band scene

The Boys of Hot Tuna are back!

Originally part of Jefferson Aeroplane, founding members Jorma Kaukonen and Jack Cassidy have been playing under the moniker Hot Tuna since the early '70s. The band has had a cult following ever since and now bring their distinctive folk-infused blues rock to you!

With an electric on-stage configuration, the band's mesmerizing interplay of finger-picking, call and response solos and buzzing bass lines call to mind the groovy, dirty blues of the Mississippi Delta with a good dose country twang thrown in for good measure. Their feel-good, upbeat songs fizz with surprising energy given the band's legacy; these troubadours bring new life to old favorites with aplomb.

Sound good to you? Share this page on social media and let your friends know about Electric Hot Tuna at Warner Theater.