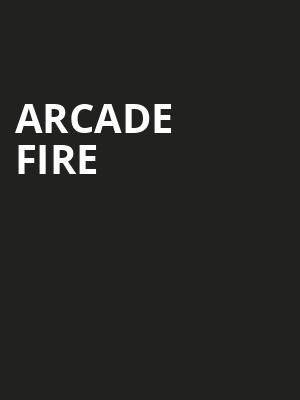 Images by Rama and Rama Used under Creative Commons License

Like Bowie or U2 before them, Arcade Fire wear their rock 'n' roll crown with aplomb.

Their 2004 debut Funeral announced Arcade Fire as one of the generation's most exciting rock groups and their reputation has only continued to grow. Each subsequent album has found them breaking new ground artistically while maintaining a tremendous commercial appeal (they have more than a few Grammys under their belt).

Returning to the road in 2022 following the release of their newest record WE, they may take their music making deadly seriously, their live shows are never less than spectacular. Expect mirror balls and glitter aplenty, and one very special guest opener- Beck!

Everything about the show was amazing. The opening was unexpected and... more

Tim Plumer, Jr.: “Even better than the first time around”

The venue was great (Blue Hills Bank Pavilion)—as was the weather. However,... more

Sound good to you? Share this page on social media and let your friends know about Arcade Fire at The Anthem.