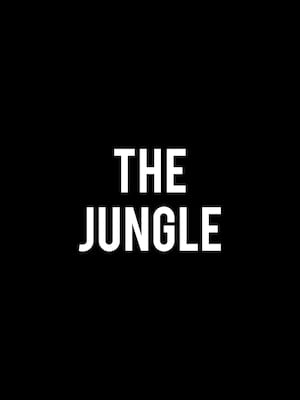 Thrilling... ravishing... devastating... it feels as if all the world is holding its breath. Vigorously engrossing production...

Why See The Jungle?

A startling portrait of despair, resilience, and hope, The Jungle is set to provoke thoughts and stir emotions once more during a hotly anticipated tour of North America. Following a critically acclaimed Off-Broadway run at St. Anne's Warehouse, the heavy-hitting drama will head to the nation's capital for a fall run at Washington D.C's Sidney Harman Hall before heading to other venues across the country.

The debut work of writers Joe Murphy and Joe Robertson, founders of the Good Hope Theater Company, The Jungle was written in the heart of the Calais migrant camp that became the home of 6400 refugees between January 2015 and October 2016. Drawing from the very real experiences of the camp's inhabitants, the powerful meditation on immigration, border control and the human lives behind the statistics garnered rave reviews for its West End and off-Broadway runs. Whilst its subject matter may be bleak, the play's poignant celebration of the enduring human spirit makes for an uplifting and necessary watch.

WHAT IS THE JUNGLE ABOUT?

Pulling the audience into the sprawling, bustling refugee camp, the story charts the Jungle's birth to its very last eviction, as told through the eyes of 35-year old Syrian refugee Salfi, a former English Literature student who escaped the bombing of Aleppo.

Capturing the interactions of refugees and volunteers from many different countries, vividly-drawn, complex characters give voice to the voiceless - those ignored by British and French authorities who actively turn their back on the humanitarian crises on or near their shores. Three such individuals are Okot, a 17-year-old refugee from Sudan, Norullah, an Afghan teenager who's desperate to get to England and Helene, a woman trying to find the right path and secure her family's safety.

Please note: The above image is from a past production of The Jungle.

Seen The Jungle? Loved it? Hated it?

Sound good to you? Share this page on social media and let your friends know about The Jungle at Sidney Harman Hall.