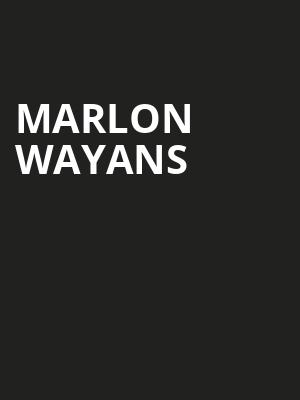 Shorty Meeks in the Flesh

Actor, Producer, Comedian, Writer and Film Director! The multi-talented Marlon Wayans is back on stage with his standup comedy. Wayans is selling out nationwide and adding shows every weekend. Your cheeks are bound to hurt from laughing too much, take this as a warning! The comedian that keeps on giving, you just can't turn down the opportunity to see him.

Best known for his work on the silver screen, Wayans co-created one of the most successful comedy franchises of recent times - The Scary Movie series. Alongside that, he's worked with some of the most respected directors in the business, appearing in The Coen Brothers' The Ladykillers and turned in a fine dramatic role for Darren Aronofsky in Requiem for a Dream.

Sound good to you? Share this page on social media and let your friends know about Marlon Wayans at The Theater at MGM National Harbor.