Sorry! You missed Turn Me Loose at Kreeger Theatre 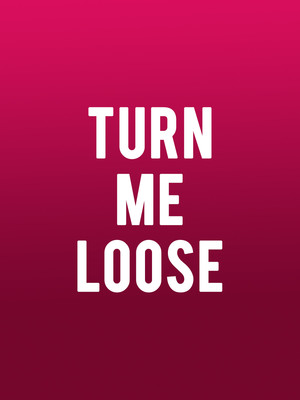 Gretchen Law's seamless tapestry of performance and autobiography... is a reminder that individuals matter and resistance against evil endures and can even be good for a laugh or two.

Why See Turn Me Loose?

Washington's Arena Stage company kicks off their groundbreaking new theater season with Turn Me Loose, a rousing biographical dramedy about the life and career of African American comedian, civil rights activist and writer Dick Gregory. Produced by John Legend and written by celebrated playwright Gretchen Law, the original production garnered rave reviews for its tender tribute to a true trailblazer, shining a light on the first black comedian to expose white audiences to racial comedy whilst confronting bigotry with charisma, poise and intellect.

The legendary performer began his extraordinary life in St. Louis, Missouri. As a kid, he first came into contact with racism when he was the victim of an attack for touching a white woman's leg whilst shining her shoes. The butterfly effect moment would go on to shape his comedy, which he took up during his military service in the 50s. After moving to Chicago, Gregory became one of the first black comics to gain widespread acclaim for performances in front of white audiences. Taking no prisoners, breaking barriers and often outraging his targets, the icon was adept at dismantling racial tensions with his wit and disarming humour.

Seen Turn Me Loose? Loved it? Hated it?

Sound good to you? Share this page on social media and let your friends know about Turn Me Loose at Kreeger Theatre.