Sorry! You missed No Such Thing as a Fish Live at Terrace Theater 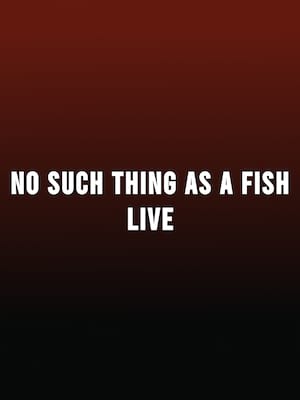 No Such Thing as a Fish Live

the jokes flow fast as the brained-up banter pinballs around. No Such Thing... is a welcome reminder that comedy does not have to be dumb.

Why See No Such Thing as a Fish Live?

The hit British podcast series hits the road in the US!

The stars of the cult British podcast series No Such Thing As A Fish bring their acclaimed live run to the US in November, including two dates at the New York Comedy Festival. The fun-filled fact-based show blends unbelievable facts and trivia with hilarious discussion and antics, winning Apple's "Best New Podcast" award in 2014 and the Chortle Awards' "Internet Award" two years running in 2015 and 2016.

Created and hosted by the researchers behind classic UK factual comedy panel show QI, No Such Thing As A Fish is a weekly series in which each presenter brings their favourite bizarre fact-of-week to the table to dissect and discuss, resulting in endlessly funny debates and discourse. Since its inception the show has amassed over 700,000 subscribers, its own BBC2 television series and, since 2017, an annual 'Book Of The Year' featuring a collection of all the greatest facts uncovered across the year.

Sound good to you? Share this page on social media and let your friends know about No Such Thing as a Fish Live at Terrace Theater.