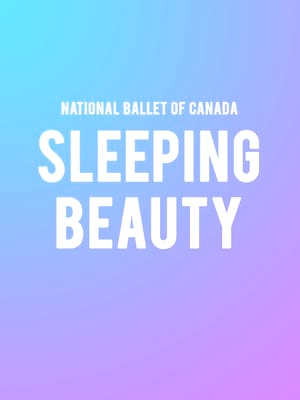 The true virtuoso of the ballet world

Why See National Ballet Of Canada: The Sleeping Beauty?

Putting National Ballet of Canada on the map

One of the paramount examples of the choreographic art of the 19th-century, Marius Petipa's The Sleeping Beauty has never lost its ability to move and enthral audiences. Rarely, if ever, have music - in this case by Tchaikovsky - and dance been so perfectly and seamlessly integrated in the service of narrative than in this unmatched blend of spectacle and artistry. Each musical phrase and every step of dancing feels conceived in precise relation to the whole, resulting in a work of astonishing formal unity.

Seen National Ballet Of Canada: The Sleeping Beauty? Loved it? Hated it?

Sound good to you? Share this page on social media and let your friends know about National Ballet Of Canada: The Sleeping Beauty at Kennedy Center Opera House.