Sorry! You missed What The Constitution Means To Me at Eisenhower Theater 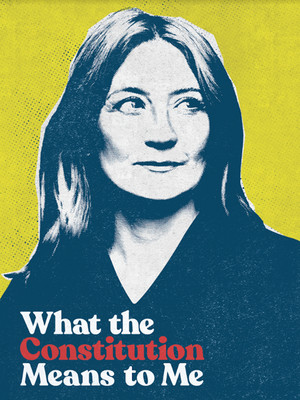 What The Constitution Means To Me

the most necessary work of American Theater of this century so far, and it is essential viewing for anyone who cares about the tenuous future of equality.

Why See What The Constitution Means To Me?

Directed by Oliver Butler, creator, and star of the show Heidi Schreck will reprise her Tony-nominated role in this limited two-week run.

WHAT IS CONSTITUTION ABOUT?

Having paid for college tuition through winning constitutional debates as a teenager, Obie-winner Heidi Schreck knows a thing or two about America's founding document. Here she brings her teenage self to the stage, alongside other women from her family tree, creating a lively and funny conversation about rights granted and rights withheld.

Please note that the images used are from the original Broadway production and may not reflect the current cast.

Seen What The Constitution Means To Me? Loved it? Hated it?

Sound good to you? Share this page on social media and let your friends know about What The Constitution Means To Me at Eisenhower Theater.