Sorry! You missed The Who's Tommy at Eisenhower Theater 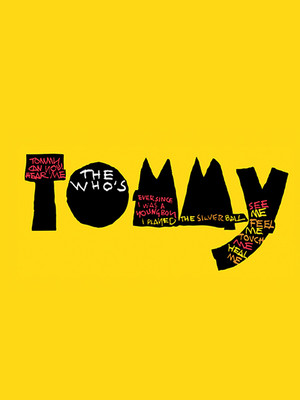 Swaggering and lurching across the stage with an anarchic glee, the Who's rock musical, first released as a concept album in 1969 and initially staged a decade later, has new life breathed into it

Why See The Who's Tommy?

That Deaf, Dumb and Blind Kid Sure Plays a Mean Pinball

The psychedelic musical whirlwind that is The Who's Tommy returns to the stage to bring the Kennedy Center's brand new 2018/19 Broadway Center Stage series to a rousing close in the spring of 2019. Based on the iconic rockers' 1969 concept album and written by guitar god Pete Townsend, the original cross-generational musical garnered five Tony Awards, including Best Original Score, during a 1993 Broadway run which bent genres and expanded minds for over 800 performances. This Kennedy Center production stars a host of Broadway talent like Mandy Gonzales, Tony winner Christian Borle, Wesley Taylor, Manu Narayan and Riverdale's Casey Cott.

Townsend's swirling, kaleidoscopic score punctuates the fantastical tale of titular character Tommy, who descends into a catatonic state when he witnesses the murder of his mother's lover at the hands of his father. Despite being deaf, blind and dumb, Tommy discovers he has a prodigious talent for pinball, marking him for worldwide fame and glory. A surprising celebration of the triumph of the human spirit over adversity, this classic production has earned its place in musical theatre history.

Directed and choreographed by Josh Rhodes

Seen The Who's Tommy? Loved it? Hated it?

Sound good to you? Share this page on social media and let your friends know about The Who's Tommy at Eisenhower Theater.