Sorry! You missed Next To Normal at Eisenhower Theater 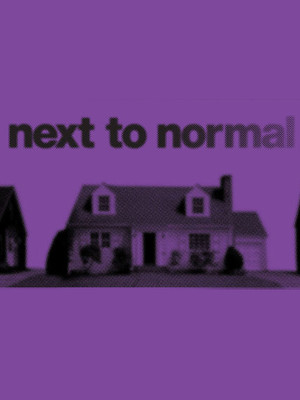 One of the globe's most loved musicals!

Why See Next To Normal?

Brian Yorkey and Tom Kitt's Tony-winning musical, Next To Normal, is the next Broadway hit to receive the Kennedy Center's Broadway Center Stage treatment! Opening on Broadway back in 2009, Next To Normal took the country by storm and won three Tony awards and the Pulitzer Prize in the process. With its challenging themes and infectious rock score, Next To Normal has become one of the world's most important musicals.

Chosen as one of the year's ten best shows in 2009 Next To Normal follows suburban mother Diana Goodman who,  traumatized by the death of her infant son, must try and control her Bipolar and keep her family together. In a heart-achingly real musical Next To Normal explores modern day issues of loss, trauma and the meaning of family.

Don't miss your chance to see the iconic musical in this special semi-staged concert production!

Book and lyrics by Brian Yorkey
Music by Tom Kitt

Sound good to you? Share this page on social media and let your friends know about Next To Normal at Eisenhower Theater.