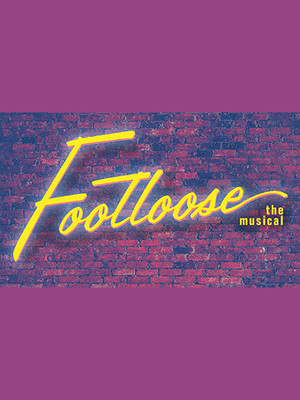 Adapted from the 1984 film starring Kevin Bacon, a thoughtful storyline still manages to land on top of the tight vocal arrangements and slick choreography

The magic of Broadway and the 80s collide in the ultimate all-singing, all-dancing musical Footloose, now coming to the Kennedy Center as part of the Broadway Center Stage series this fall! Presented in a semi-stage concert format, this Footloose has all the verve, energy and Oscar nominated music of the 1984 Kevin Bacon-led feature film with added new songs by Tom Snow and Dean Pitchford (the latter of which wrote the original screenplay).

When Chicago teen Ren and his mother move from the Windy City, he's prepared to adjust to a new life in a small town. But Ren is completely blindsided by the local laws, which include a band on singing and dancing, introduced by a preacher hellbent on keeping the youth of his locale in check. Sparks fly when the preacher's daughter and Ren fall in love, and together they set out to overturn the status quo with punchdancing, tractor racing and good old fashioned teenage rebellion.

Pre-curtain, director announced that "tonight so-and-so will be played... more

Sound good to you? Share this page on social media and let your friends know about Footloose at Eisenhower Theater.