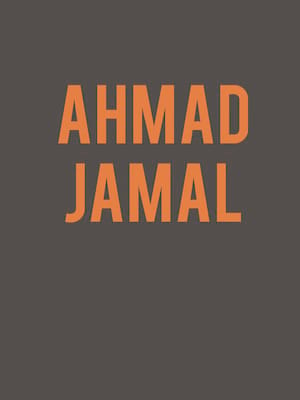 When people say Jamal influenced me a lot, they're right...

Miles Davis famously said that he wanted to have a son who could play piano like Ahmad Jamal. It's easy to hear why Jamal has been hailed as one of the major architects of modern jazz piano, with his irresistible gift for melody, his appealingly broad and open harmonic palette, and his astonishing rhythmic drive.

Jamal has been a major player in jazz circles since the 1950s. His trio released the live album, 'At the Pershing: But Not for Me', still one of jazz's most popular albums, which stayed on the Ten Best-selling charts for 108 weeks. Jamal's recording of the well known song 'Poinciana' was first released on this album.

Recently, Jamal has added electric piano to his repertoire and is mentor to jazz piano virtuoso Hiromi. He remains a vibrant and inventive pianist and in 2019 released 'Ballades'. Don't miss this chance to see the GRAMMY Lifetime Achievement Award Recipient and National Endowment for the Arts (NEA) Jazz Master and Kennedy Center Living Jazz Legend!

Sound good to you? Share this page on social media and let your friends know about Ahmad Jamal at Kennedy Center Concert Hall.