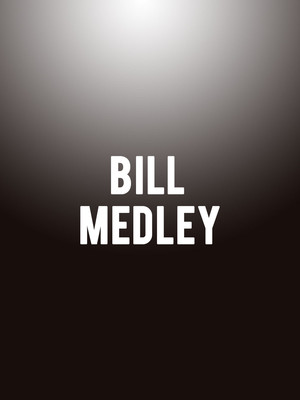 ...the guy's 76 and still belting out songs with such dangerous, high-wire intensity that fans can't help but worry about how long that voice will last.

When Bill Medley and Bobby Hatfield first sang together in 1962 (in an OC nightclub), no one could have imagined the future success they'd just unleashed. By 1964, 'You've Lost That Lovin' Feeling' was at the top of the charts and The Righteous Brothers were bonafide Blue Eyed Soul icons. Considered the songwriting driving force of the group, Medley composed and produced many of the duo's well known hits including 'Unchained Melody' and 'Soul and Inspiration'.

First breaking away from the group in 1968, Medley went on to have his own phenomenal solo career centred around his distinctive bass-baritone voice. Writing and performing well into the 70s and 80s, he enjoyed huge success with the moving ballad duet 'I've Had The Time of My Life' performed with 80s icon Jennifer Warnes. Included on the Dirty Dancing feature film soundtrack, it went on to win a Grammy, an Oscar and a Golden Globe.

Sound good to you? Share this page on social media and let your friends know about Bill Medley at Birchmere Music Hall.