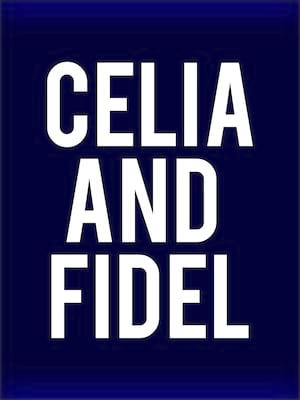 Can one woman change the mind of a man and the fate of a nation?

Why See Celia and Fidel?

The Story of Fidel Castro and Celia Sanchez

Four years after his death, Washington's Arena Stage presents a compelling story focusing on the former Cuban president's relationship with Celia Sanchez, a woman who was at the centre of the Cuban revolution after meeting Castro in 1957. This exciting new play set in 1980 centers on Celia and Fidel as the grapple with the failing economy and ponder on the fate of the affected Cuban citizens. How will Fidel Castro choose to lead the country?

Castro was a legendary Cuban communist revolutionary and became the Prime Minister and then the President of the Republic of Cuba from 1959 to 2008. Celia Sanchez was known for being a close friend of Castro and a key Cuban revolutionary herself.

Sound good to you? Share this page on social media and let your friends know about Celia and Fidel at Arlene and Robert Kogod Cradle.